← more from
Jullian Records
Get fresh music recommendations delivered to your inbox every Friday.
We've updated our Terms of Use. You can review the changes here. 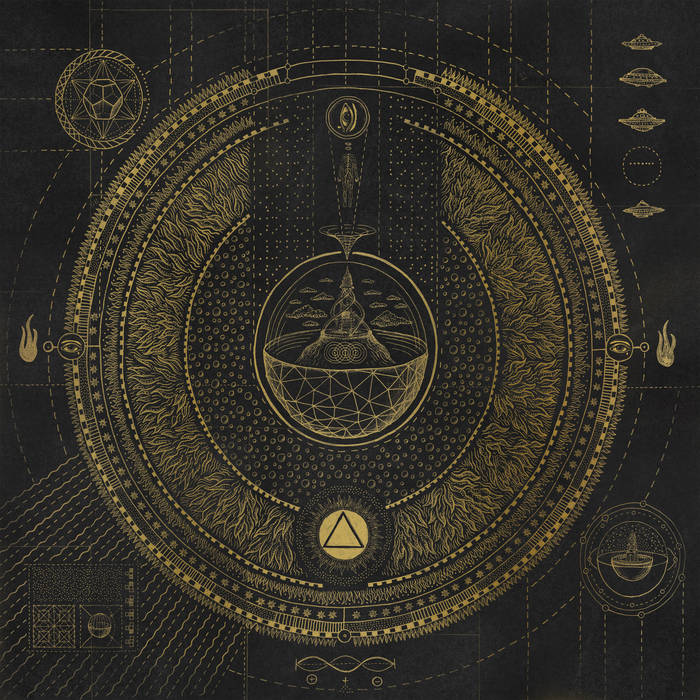 Akira Watts Man oh man, is this good. Blends a whole bunch of styles together in a way that results in something that doesn't quite sound like anything else out there. While there are moments that briefly remind me of other artists, these guys have forged a pretty damned unique and compelling sound. Definitely one of my favorite discoveries of the year thus far. Favorite track: Feast of Ascension.

The New Southwest is a raw, mystical place. A land of sun-bleached rock and crusty, windswept desert blues. Magick runs deep in the earth here; a sense of the macabre too. Scoundrels and coyotes roam free, howling at the moon, as a seductive, psychedelic rhythm echoes over the horizon. XIXA, Tucson’s dark, dusty gothic overlords, have their genesis here; it has nurtured them, and it is home. It’s also the setting for Genesis, the new album that sees the band return triumphantly to their roots, and give voice to their most primal instincts.

By turns trippy and devilish, like a jam band getting high on Diá de Los Muertos, XIXA have always been uniquely attuned to the desert and their Latin influences. Combining gritty guitars, the bumping grind of Peruvian chicha, and dark, swirling psych-rock into a mesmerizing stew, the guitar-slinging six-piece have spent years exploring this sonic territory. “We live and breathe this landscape,“ says Gabriel Sullivan, who shares lead vocals and lead guitar alongside Brian Lopez. “So with these songs we let loose, and went as far into that world as we could.”

Genesis is a visceral listen, and very much formed by aesthetics. For its art, XIXA collaborated with celebrated fellow Tucsonan and longtime friend Daniel Martin Diaz on an illustration entitled “The Metaphysical Universe,” together creating the perfect visual representation of the themes explored on Genesis and the balance of darkness and beauty. Diaz’s work blends together ideas of Christian mythology like renewal and ascension, sciences like astronomy and anatomy, secret masonic symbols, a fair dose of hocus-pocus and war-of-the-worlds science fiction into a style all his own.

The album is also transportive; entire worlds can be painted with Lopez and Sullivan’s voices and lyrical content. Edgar Allan Poe, 70s Spaghetti Westerns, and Narco cumbia are all influences. So too are chicha legends Los Shapis. A sense of foreboding hangs over the ten tracks, of danger foretold. All of this lends the music a more somber mood and gives it an edge, as if some unseen menace lurks in the shadows.

But these songs also represent something else. They are the distillation of everything that makes XIXA who they are, and their most complete work to date. “We wanted to establish ourselves as songwriters with this album,” López says. “Every song should be as impactful were it played solo guitar and vocal.” Rhythmically complex, and laced with timeless melodies, Genesis is by turns catchy, mysterious, and intense. Sullivan sings like Leonard Cohen re-imagined as a desert outlaw, and many tracks have a widescreen, cinematic feel – like Ennio Morricone infused with an inky gothic horror.

The air of haunting desolation is accentuated by neat details; the wobbly intro of “Soma,” their instantly recognizable single coil guitar tones, and the ominous chanting of Greenland’s Uummannaq Children’s Choir. The latter appear twice, closing out the Lost Boys-inspired “Land Where We Lie,” and album closer “Feat Of Ascension,” a poised, slow-burn anthem that explodes into an epic psych freak-out. Genesis was produced by Lopez and Sullivan and recorded in Tucson at their own Dust and Stone Recording Studio, the XIXA bandleaders are joined by bandmates Jason Urman (Keys), Winston Watson (Drums, Percussion), Efrén Cruz Chávez (Timbales, Percussion), and Hikit Corbel (Bass). In addition to the Uummannaq Children’s Choir, XIXA is joined on select tracks by renowned artists from across the globe including Sergio Mendoza and Imarhan. It’s as far out as XIXA have ever gone, and represents the ultimate desert trip.

Bandcamp Daily  your guide to the world of Bandcamp

Sampa The Great joins the show to discuss her release, "As Above, So Below".